Bath Quaker Lin Patterson was arrested today during peaceful protest at the DSEI arms fair in London. Until recently a Bath and NE Somerset local councillor, Lin is one of 48 to be arrested today, out of 300 peaceful Quaker protesters. Hilary Lang from Frome was also reported arrested.

“It was quite shocking” said eyewitness Ali Morgan, “the huge mob of police sent to protect the arms suppliers from a fairly small non-violent protest. And despite the fact that they knew that the Quaker meeting would end at 1500 a police spokesman barged into the middle of the silent meeting at 1430 to announce to everyone that they risked arrest if they didn’t move at 1500.”

Lin was detained at Brixton police station. Please hold Lin and all peace protesters in the light. 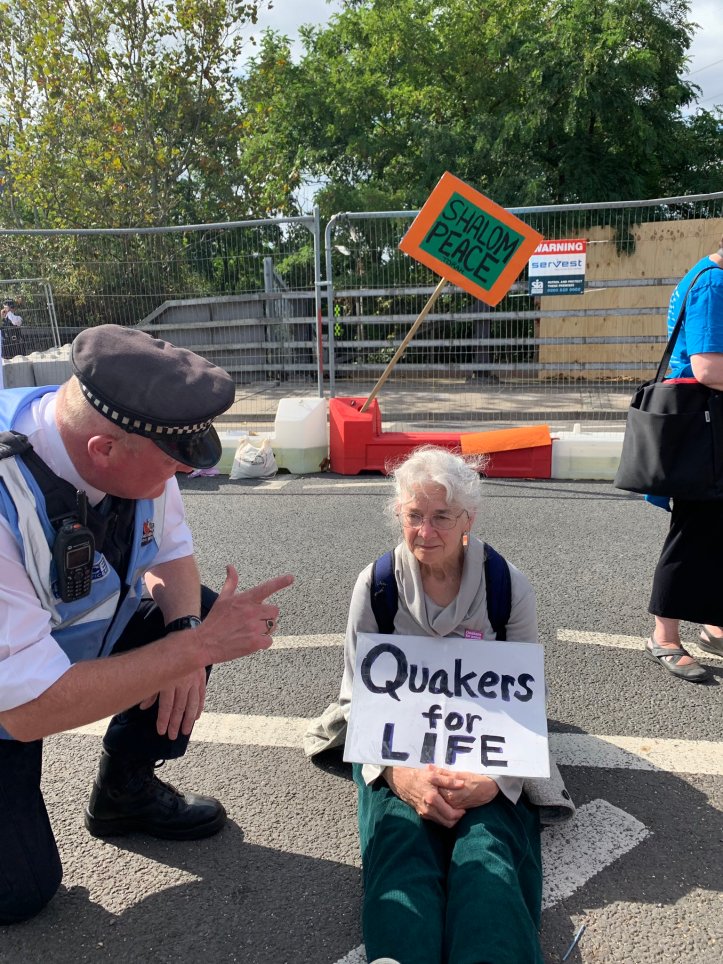 Lin was described as “calm dignified and determined whilst being intimidated” (photo: Susan Tomes)