Seed sharing: a way to serve our planet and keep communities alive

Brenda Claxton writes to forward Bill Blyth’s Kitchen Garden Notes September 2019 from the Chew Valley Gazette. “I thought it might be of interest to Bath Quakers” she writes. “I found it uplifting to realise that we can all serve our planet and keep our communities alive just through little kindnesses.”

Kitchen Gardener Changes the World! In some national newspapers where headlines have to be six inches high, that would not merit even a column inch on the  back page. Here in the valley, a polite but unbelieving raised eyebrow might be more likely. That latter reaction is certainly possible if, like me, you occasionally retreat to a quiet spot of gardening as an answer to the screaming  headlines in the national news. But pause a moment. That headline  might have a point worth noting. 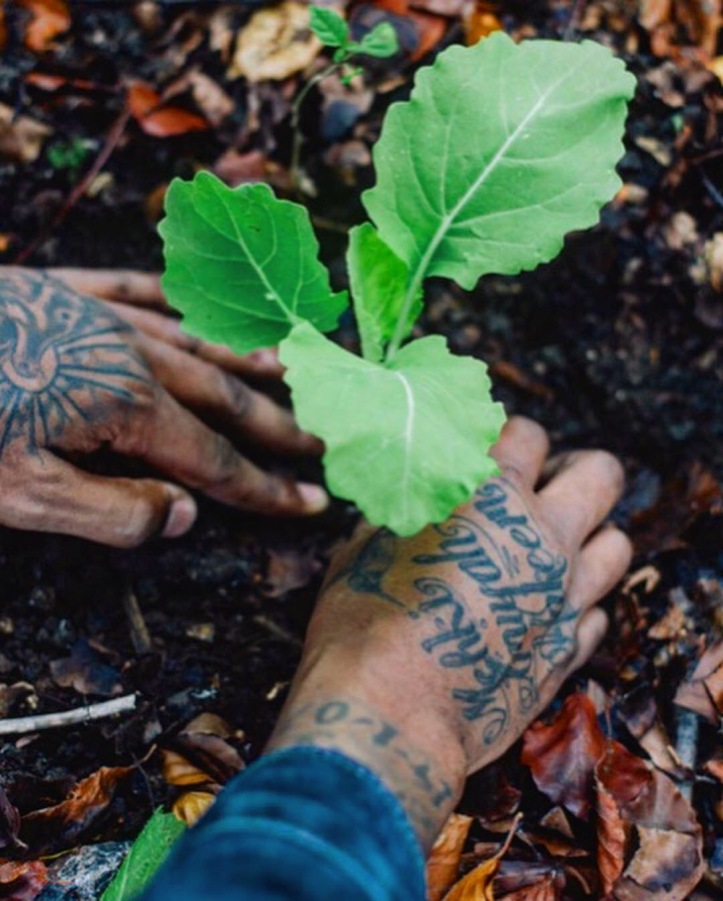 Esiah Levi learned gardening from his Dad. Now he shares seeds around the world.

Let’s go to south Croydon for a moment. There, with their small back garden, the Levi family have been enjoying harvests of delicious vegetables since they arrived from Jamaica years ago. The family’s eldest son, Esiah, learned to enjoy gardening from his dad, and grew vegetables in every square yard of the garden. When his sister complained that she had no space to sunbathe he told her that the park was only 5 minutes’ walk down the road.   But Esiah was bothered. He realized only too well that in many areas of the world people were not nearly so fortunate: they couldn’t eat well because they couldn’t grow vegetables. Esiah then had a deceptively simple but crucially important idea: First, before anything else, these people needed seeds. Next, and most important of all, he acted on his idea.

He set up a website offering vegetable seeds and advice to anyone who wanted to grow vegetables such as tomatoes, beans, squashes and the other crops that he enjoyed in Croydon. And of course, through the magic of modern communication, his idea flashed around the world regardless of old-fashioned geography. And there was one wonderful point. Esiah’s seeds were free for anyone who wished for them. All he asked in return was the cost of the postage. Very soon (and heartening to mention), like-minded folk around the world sent seeds to Esiah. They arrived for instance, from Poland, Canada, Brazil, U.S.A, Holland and Japan.  The idea and the good work spread and continued. But on January 21st this year, Esiah (by then 32 years old with two sons of his own) left for work on the railway as usual. At work he collapsed and died the next day. A tragic end to a wonderful story? No.

When Esiah’s idea first spread around the world, Vivienne was saving seeds of local crops in the West Bank of Israel, and distributing them to poor Palestinian farmers. On a visit to England she met Esiah and they exchanged seeds and ideas. As a result she was re-enthused and continues to enlarge her work. Nearer home, in Toxteth (Liverpool) Mary leads a group of folk growing crops from Esiah’s seeds as well as others from all over the world. In Lambeth, Carol’s job includes teaching children at the local school to garden, and particularly how to grow their own food (again using Esiah’s selection of crops). When the teenagers see photos of Esiah they quickly ditch the idea that they are too grown up to want to grow vegetables. And at home, as they enjoy the harvests from their work, word spreads through that community. I have no doubt that these few examples are a tiny proportion of the initiatives all over the world. Perhaps, after all, that headline has a point and is not too far fetched. So, reassured that quietly, good things happen in this noisy world, we can enjoy our gardening without worrying that we are hiding from reality.

That surely means harvests. Apples, summer squashes, tomatoes, cucumbers, beans. Could there be a happier thought than being able to share any surplus crops? This evening I shall be making plum jam thanks to a welcome present from a friend.

Perhaps, however undeserved, in a tiny way I am a cog in the community so amply fostered by Esiah Levi and all the people touched by his idea. Whatever the weather, enjoy September.