It was great to have the support of 17 people on the vigil, including several Quakers (four from Bath and four from Bradford on Avon)  There was a constant stream of people from all over the world coming to write messages on the doves to hang on the tree.

It’s a very uplifting experience – as is standing on the vigil most weeks and it would be good to have more support. It’s surprising how often we’re asked if we are Quakers, and we have to say a few of us are, but most are not. Could we redress the balance, Friends?

Friends and all are welcome to join or just stop by and say hi at the weekly Bath Stop War vigil 1130-1230 on Saturday outside Bath Abbey. 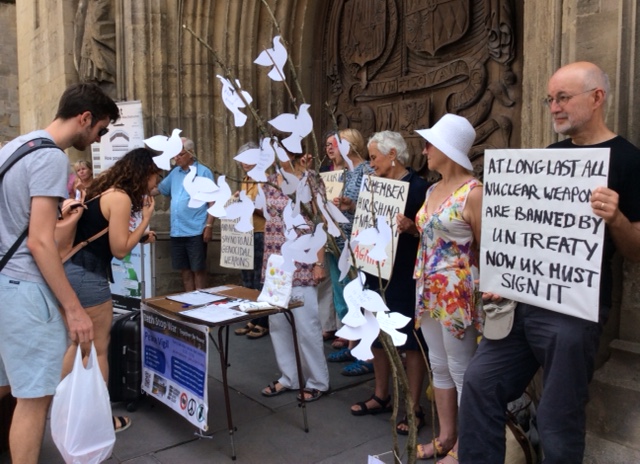