Great day for the Extinction Rebellion. 6000 Rebels came from all over Britain in a non violent protest against government inaction on climate change. Rebels blocked five London bridges and held them all day until the protest ended with a vigil at sunset in Parliament Square.

Many rebels chose to be arrested rather move from the highway in order to demonstrate the critical state of our planet as a result of human activity. Quakers from Bath and Bradford on Avon were among the rebels. 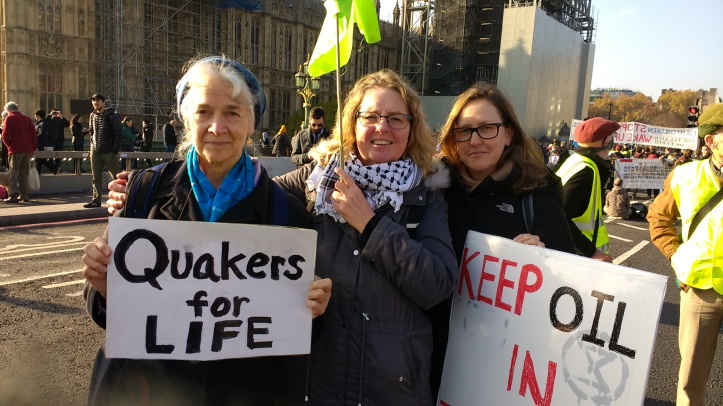 There’s a thoughtful analysis into the background, precedents and compelling reasons for the Extinction Rebellion here by the Quaker Rupert Read, a philosopher based at University of East Anglia.